0 Kommentare September 17, 2021 by Maike
Hey, guys! Just a heads up: The linked offer is already a bit older and the price of the gadget might have changed or it might not be available anymore.

As we’ve known for many years, Xiaomi has its feelers in extremely many things and is heavily involved in new innovations and products – within their ecosystem and via crowdfunding platform YouPin. Now they have unveiled the Xiaomi Smart Glasses, a lot of technology behind a simple glasses design. Is this the future?

The glasses consist of a lot of individual parts and a bunch of technology. In particular, via the “MicroLED optical waveguide technology”, it is possible to use the glasses’ lenses as a display and use as little space and weight as possible. The glasses reportedly weigh just 51 grams. MicroLEDs function like OLEDs in that individual pixels can be controlled and switched on and off individually. In doing so, MicroLEDs have a higher pixel density, brighter luminosity and a longer lifespan. 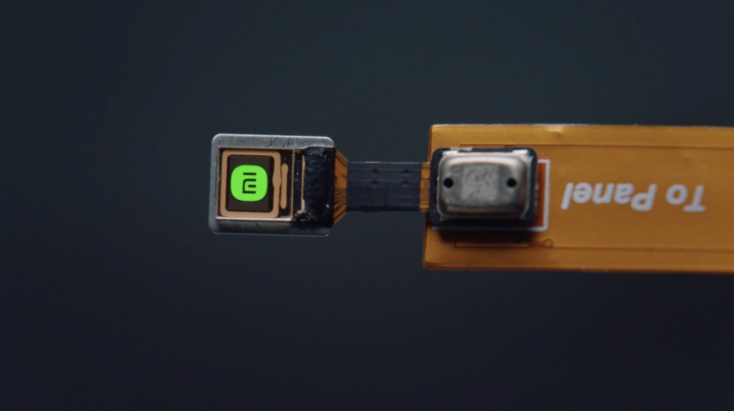 The display chip is only 2.4 x 2.02 mm, about the size of a grain of rice, which of course makes sense for Xiaomi (see box). The display itself is an ultra-efficient monochrome display, which means that it only plays out monochrome color, in different tones, but this can get up to 2 million nits bright. That should also be enough to make out things on the glasses when the sun is more intense. Optical lightwave technology refracts light at an angle of 180° and is accurately transmitted to the human eye by the MicroLED display through the corresponding lens. 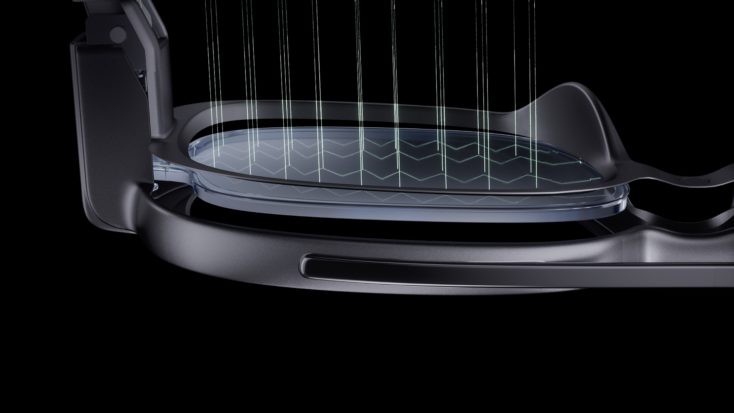 After the 497 individual parts are stored to save space, Xiaomi still integrates an AI, the XiaoAi AI Assistant, which decides what kind of notifications are shown on the display. The simple reason for this is to not distract the user unnecessarily. Urgent messages that can be displayed include smart home alerts, messages from important contacts, or other elementary information.

But one can not only receive notifications with the glasses. Telephony is also part of the feature set, and the caller’s number is shown on the display. You can then make hands-free calls via integrated speakers and microphone. In addition, you can navigate via the glasses, take photos, use the display as a teleprompter and have text and photos translated in real time. 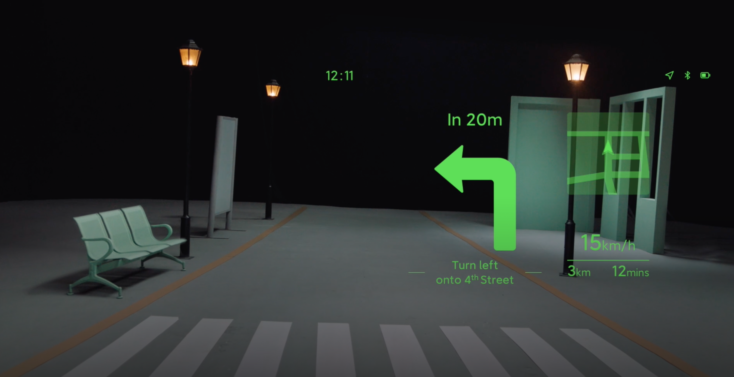 The translation of text and photos as well as photos themselves are taken via the 5 MP camera in the side front of the glasses. A small LED next to the camera indicates when it is active. To process all this data and functions, the glasses have a quad-core ARM processor built in, a battery, touchpad, Wi-Fi/Bluetooth module, Android system and much more.

The glasses of the future?

All in all, some information, but not all, is already known about Xiaomi’s new glasses. Especially the price and availability for Germany would be very interesting to know. Personally, I find the development of smart glasses very exciting. The hands-free navigation could be interesting especially as a cyclist. In particular, this seems to be a current hype, Facebook just last week released smart glasses in combination with Ray-Ban manufacturer EssilorLuxottica, through which you can listen to music, make calls, take photos and videos and share them on Facebook. These glasses are expected to launch for $299. However, unlike the Xiaomi Smart Glasses, there is no display integrated.

What do you think, are smart glasses part of the future or rather an unnecessary invention with all the other smart gadgets that are constantly coming on the market?