Xiaomi Solista Solo: Smart pan – was there already such a thing?!

0 Kommentare June 11, 2021by Thorben
Hey, guys! Just a heads up: The linked offer is already a bit older and the price of the gadget might have changed or it might not be available anymore.

With the OCooker food processor, Xiaomi has proven that they are fans of the German Thermomix and open to new gadgets in the kitchen. However, Xiaomi’s Solista Solo Smart electric pan, which is now listed on Youpin, follows a different approach. It focuses on single households, but we haven’t seen anything comparable yet! 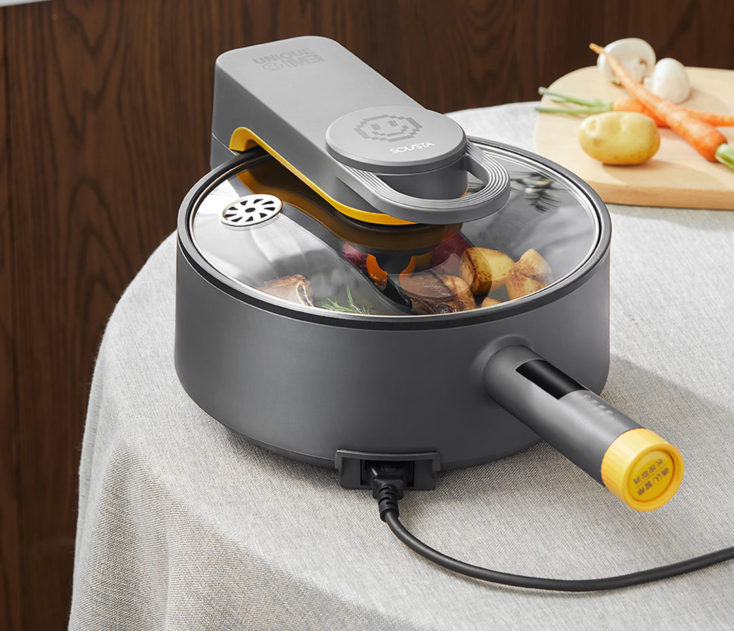 As is often the case, Xiaomi is not directly responsible for this food processor. That is, it is not produced by Xiaomi itself, but by a manufacturer called Solista, which is listed on Xiaomi’s Youpin crowdfunding/shop platform. That does not automatically mean that Xiaomi is directly involved. However, Xiaomi knows how to push such still unknown companies and associate them with the Xiaomi brand, for example, with an integration into its own Mi Home app. This is one of the reasons why you often find such products with the suffix “Xiaomi” or “Youpin” in the descriptions of some Chinese stores. For example, you can already find a mini oven from Solista at Banggood.

The Solista Solo can best be compared to a conventional electric pan or a multi-cooker. After all, the smart electric pan does not belong on the stove, but is powered thanks to a removable cable, achieving a power of up to 1200W. The 3.5 kg pan can hold 3L of volume and, as the name suggests, tends to be designed for use in single households. However, depending on the dish, this can still be enough for several people or portions, of course. Similar to a Thermomix or the OCooker or even an Air Fryer, the operation should be as simple as possible. 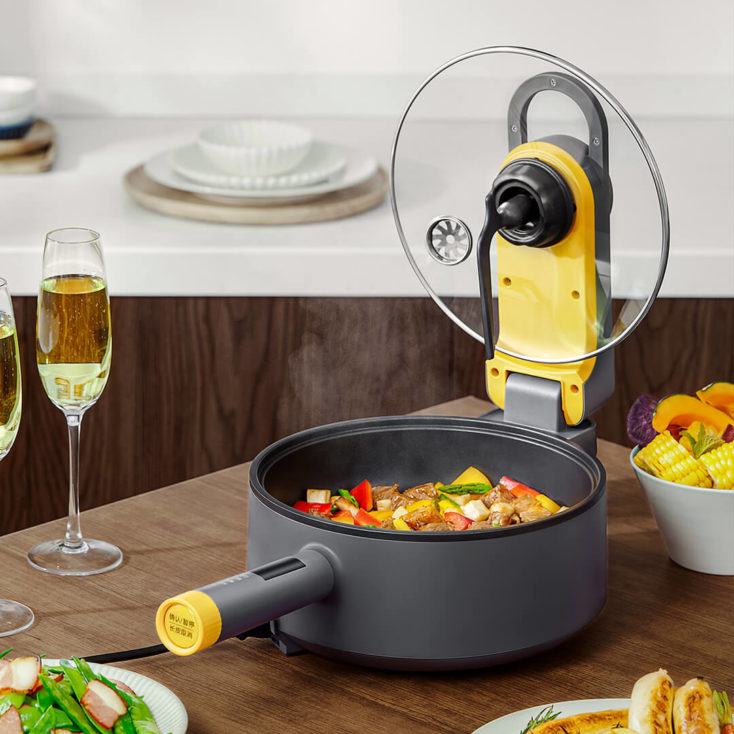 A handle still protrudes from the actual pot, which is also one of the two central controls. The entire Solista Solo works with yellow accents, on the handle this color accent is also functional. The cooking mode can be set by turning the yellow knob, and the smart electric pan from Xiaomi has a mode for the following applications: stir-fry, boil, braise and deep-fry. The handle also has a display with a time display and a status LED for Wi-Fi.

What can Xiaomi’s smart electric pan do?

WLAN is a good keyword, because the pan is equipped with it, which explains why it is so “smart”. It can be connected to Xiaomi’s Mi Home app, which you can use to operate the Solo Solista. Similar to the Thermomix, for example, you can thus choose a recipe (in the app), put all the ingredients in the pan, select the appropriate cooking mode on the handle and let the pan cook. 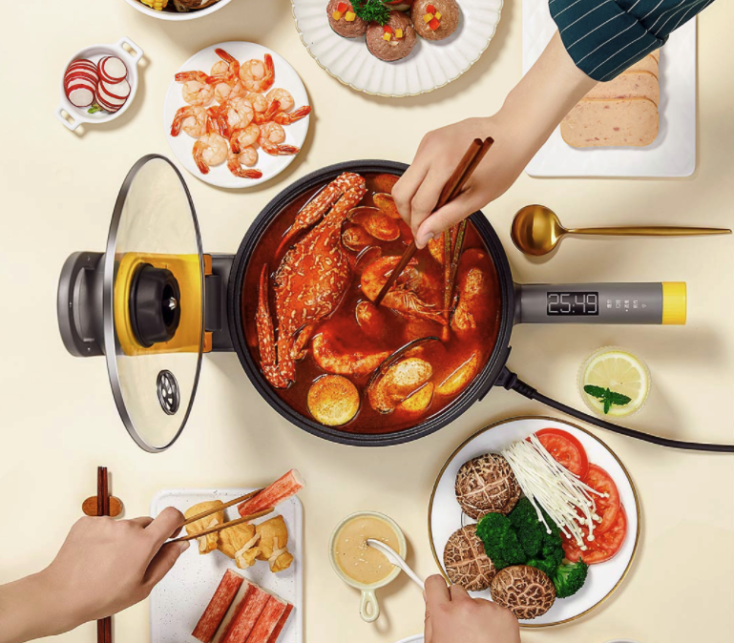 For example, you can also make a hot pot and remove the lid for this, but also use the pan classically as a frying pan to fry something or prepare a stir fry. The special feature: in the lid is a stirrer, which, for example, your rice pan automatically stir! So you can still do other things during the preparation – very practical. The problem: The app and the recipes are apparently only in Chinese, which is why the Solo Solista is rather limited in use here.

Apart from that, you can set the timer and heat yourself via the app and should thus enjoy the advantages of the smart electric pan even without a recipe. The constant stirring should make it relatively difficult to accidentally burn your dinner, at least in theory.

Have you seen anything like the Xiaomi Solo Solista electric skillet before? I haven’t even after doing a little research! I’m honestly pretty hyped because the idea is obvious as it is simple. You have a few of the benefits of a very expensive expensive Thermomix, a stylish design, a good app (albeit only in Chinese) and a cleanable design. In China, it costs the equivalent of just 65€/$80! Even as an import from a China store, this should hardly be more expensive than 100€/$120.

What do you think of the idea of the food processor?