11 Kommentare October 14, 2019by Jens
Hey, guys! Just a heads up: The linked offer is already a bit older and the price of the gadget might have changed or it might not be available anymore.

For anybody still searching for a new doorbell: the Xiaomi Zero is now available for $54.99 from Geekbuying.

The “Zero” doorbell is another component of Xiaomi’s mission to make the entire home smart and to equip it with its own technology. The bell’s camera sends a live image to your smartphone. Thanks to the WLAN connection, you can also talk to a visitor outside your front door while on the move. Smart gadget or already a step too far? We’ve tried the Zero ourselves. 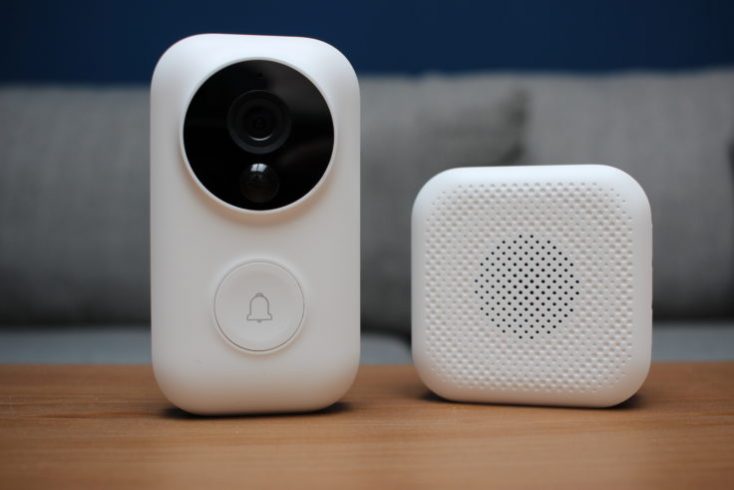 Strictly speaking, you shouldn’t call the bell “Xiaomi”. Although it is sold via Youpin and operated via Xiaomi’s Mijia app, the manufacturer here is a brand called Dingling. What a fitting name for a doorbell manufacturer. The design is still one hundred percent Xiaomi, so you’d expect to find the Mi logo somewhere on the bell.

This set contains both the actual bell with the camera and a receiver for the apartment, which is an additional loudspeaker or intercom system. Four AA batteries are required for operation, but they are included. The intercom has a mains plug, but only a Chinese one, for which you need an adapter. 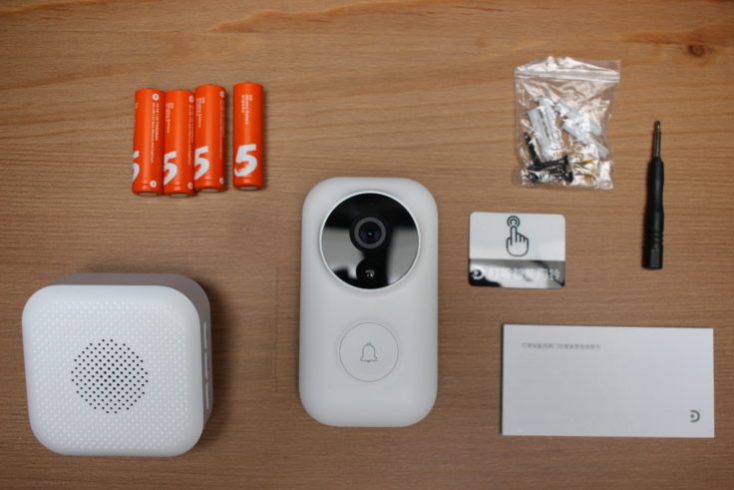 Also included: screws and dowels for wall mounting and a small screwdriver. But you don’t have to; on the back of the bell there is an adhesive surface. A second, small sticker points to the smart bell, but is only in Chinese, so uninteresting for us.

The external workmanship is very good, but there is not much to see either. The mostly white bell consists of the battery compartment, which occupies the main part of the space, and the bell button on the front. Above is the camera, motion sensor and microphone in the middle of a black, reflective, round surface. The speaker is located on the underside. Under the cover on the back we find a reset button, which is needed to set up the device and to reset it. 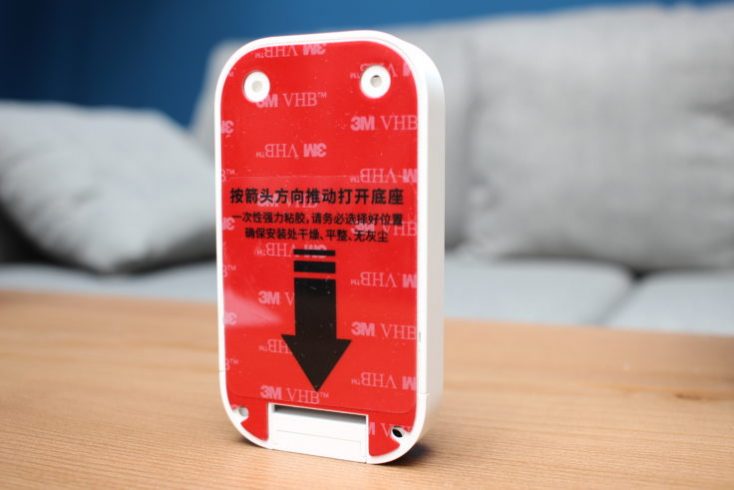 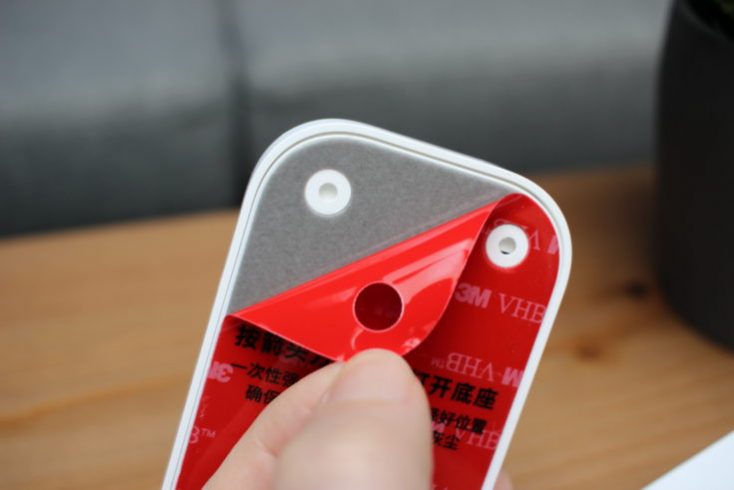 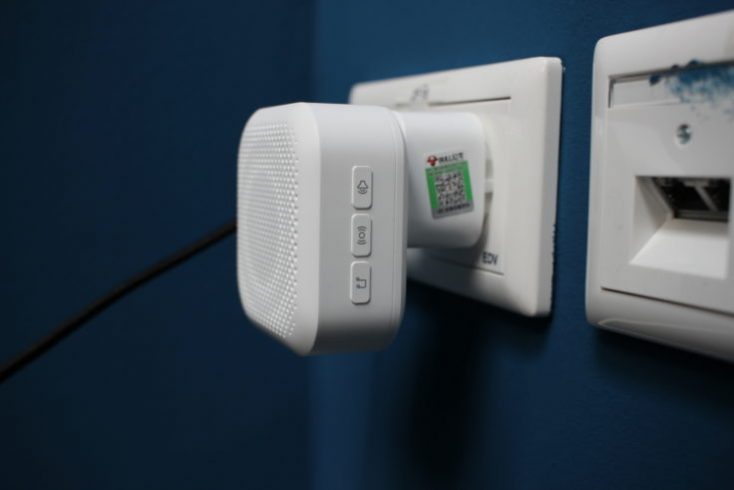 In addition to the built-in loudspeaker and microphone, the receiver for the socket outlet has three buttons for operation. It is also completely white and has a smooth, pleasant surface. As already mentioned, however, you need an adapter to use the Chinese plug.

The functions begin relatively unspectacularly. When you press the button on the bell, it rings. Ok, we didn’t really expect anything else. If you additionally use the receiver at the socket, it will ring as well; the range of the connection should be up to 50 meters. Up to this point you don’t even need the app.

In the Mi Home App you can simply add the bell as usual and connect it to an existing WLAN network. In addition, there are then a variety of setting options. For the ringtone there are three classic versions to choose from, and the volume can also be reduced. The camera can also be adjusted, so the WDR option (Wide Dynamic Range) can be used to improve the image quality if the environment is too bright or too dark. 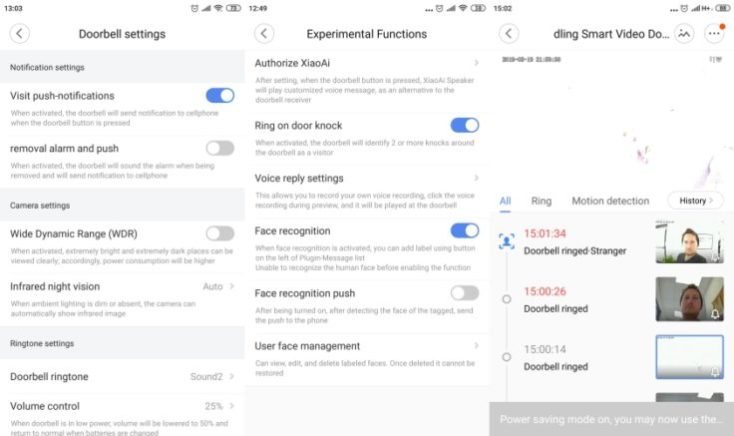 This is where the more extensive functions of the bell begin. As soon as someone presses the button, you will receive a notification on your mobile phone. This option is enabled by default, but you can turn it off. On your smartphone, you can watch a live video of the bell and talk to the person in front of the door. The same option is also available for the motion detector. If you want, you can even be notified each time the sensor detects a movement. The range of the sensor is about three meters.

The images are also stored, which is a bit questionable from a data protection point of view. The settings can also be partially adjusted here, but in the original version the camera makes a six-second video every time the motion sensor is activated. When the bell button is pressed, one photo is taken at a time. The pictures and videos also run on Xiaomis servers. More about this later.

As long as your smartphone is connected to the Internet, you can talk to a visitor outside your front door on the go. This can be especially useful if you are waiting for an important package, for example.

In addition to the speech function via the smartphone, there is also a voice distortion function in the app. One of Xiaomi’s ways of advertising is that children who are at home alone are not recognizable to people in front of the door. There are two voices to choose from: One sounds like the threatening calls of blackmailers in Hollywood movies, the other after a portion of helium in the lungs. The fact that it is an artificially altered voice is immediately audible, but it is possible to conceal one’s own identity or age.

It could be more credible to play previously recorded recordings, because this function also exists. In addition to four pre-recorded Chinese sentences, you can also save your own recordings, such as “Put the package in front of the door, please” or similar.

In addition, the camera even has AI-based face recognition. Once a face has been scanned and saved, it is recognized as soon as it rings, and the push notification on the mobile phone reads “Thorben is at the door”. This allows the camera to distinguish between family members and friends on the one hand and strangers on the other. This also works to a large extent, with the restriction that the person must look at the camera the moment they press the bell. Then the AI recognizes faces reliably.

In order for the Xiaomi Zero to be as efficient and power-saving as possible, the system switches to low-power mode after recording, sending and receiving. This allows the system to remain operational for up to 6 months. Xiaomi gives the feature the appropriate name of the FastWake function.

With all the exciting new features, don’t forget that the camera is extremely critical when it comes to data protection. In principle, you are not allowed to monitor a public space but only your own property via video. As soon as you save recordings, it even looks different, especially if the persons concerned are not informed. Ringing with a video camera is generally permitted, but only if the recording is appropriate and, above all, is not saved. Saving faces for facial recognition (without the consent of those affected) clearly goes beyond what is permitted, at least in Europe. You should check this with your local law to be on the safe side when installing this bell. 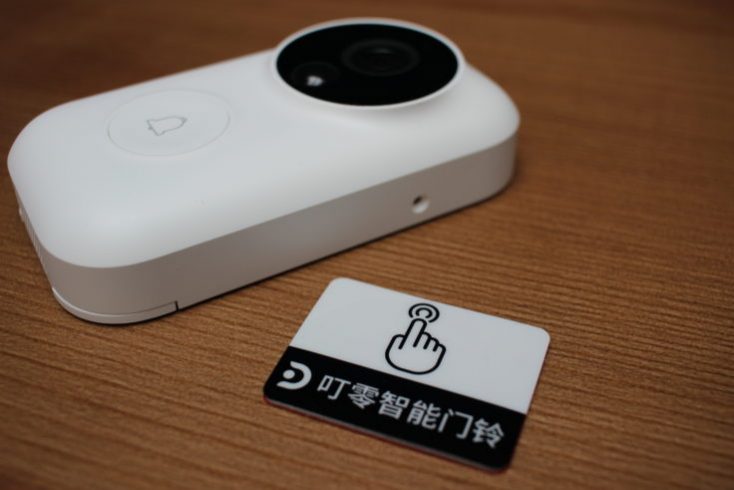 Our recommendation: You should refrain from using a motion sensor to trigger and store the images (especially in Xiaomis Cloud). Europe takes data protection (fortunately) a little more seriously than China, even though this unfortunately means restrictions on otherwise very practical gadgets.

The bell offers a variety of functions, most of which also work well. Here and there the connection hangs over, and there is also a certain delay in the live transmission. Once set up, the bell can be used for several months before you have to change the batteries. This gives you a handy way to see who’s at your door, even when you’re out and about, and even to communicate with people.

However, there is still the issue of data protection. Just as you are not allowed to attach a surveillance camera to your house that records a neighboring property or the public area in front of your house, the bell’s camera is not allowed to film these areas either. And even if only your property is visible on the BI-screen, you have to make people aware that they are being filmed (for example with an extra sign). The fact that the recordings are stored permanently may even be completely forbidden, especially since all recordings also run on Xiaomis servers. So here’s the hint again: To avoid problems here you should avoid motion detection, face detection and saving the recordings.

How do you feel about this topic? Do you basically welcome the functions of the bell, or are you rather critical?