2 Kommentare December 12, 2019 by Maike
Hey, guys! Just a heads up: The linked offer is already a bit older and the price of the gadget might have changed or it might not be available anymore. 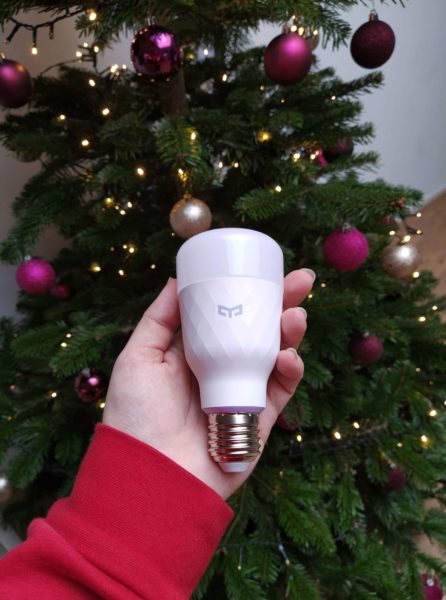 The scope of delivery doesn’t need any big words: the lamp comes in an almost identical cardboard box to the predecessor model, inside is a small manual and the LED. On the box itself there is also a manual in English printed, the small manual in the box has been translated into several languages. 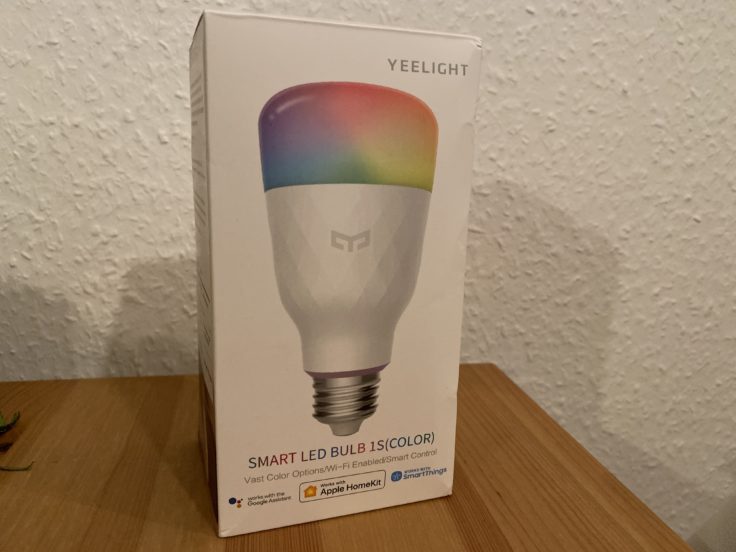 All the same as the predecessor?

Basically, you can copy most of the stuff from the previous article, so I’ll rather go into the differences between the two models here. The Yeelight Smart LED Bulb 1S with 6 x 6 x 12,4 cm is a bit smaller than its predecessor. But in the end it doesn’t make a big difference, compared to “normal” E27 bulbs the Yeelights are always much bigger and heavier. It now weighs 186 grams, a bit lighter than the previous one with 195 grams. The color temperature and selection is exactly the same as with the Yeelight Smart LED: 1700-6500K (RGB). Only the consumption of the bulb has dropped to 8.5 watts at 220-240 volts. 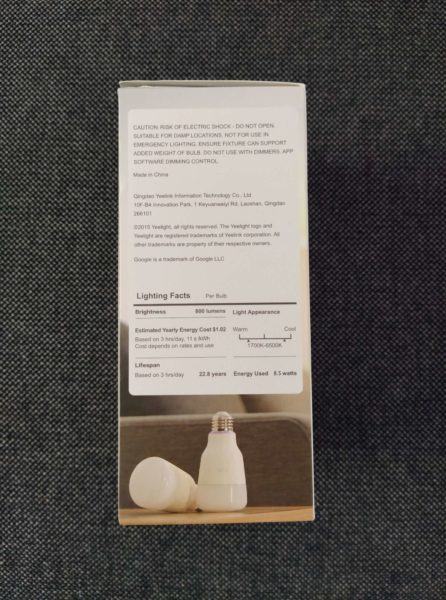 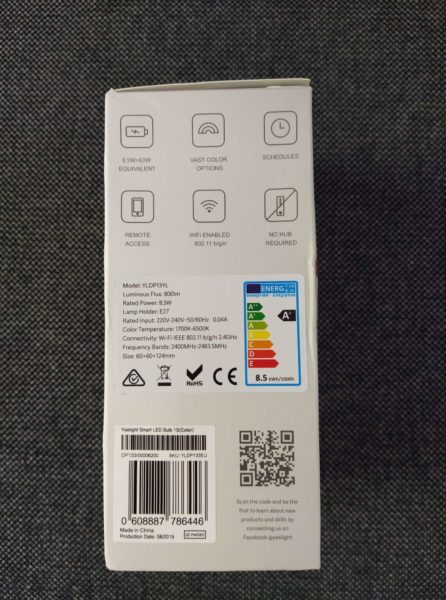 The biggest difference to all previous versions is besides Google Assistant and Samsung Smart Things the integration of Apple HomeKit. So the operation of the lights should be very easy. We have made some screenshots of the operation in the Apple HomeKit for you, the screenshots of the Yeelight app we leave out in this article, because the app and operation from the other Yeelight article is already known. 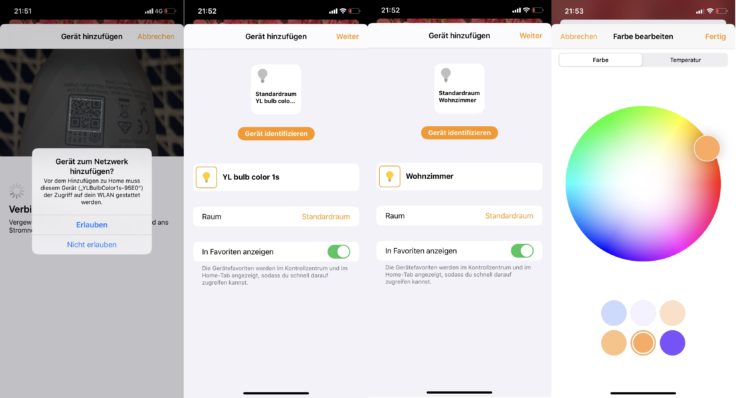 The integration into the Apple HomeKit is very easy. Simply scan the code printed on the light bulb in Apple’s HomeKit app and the lamp automatically integrates into your WLAN network. You can see the settings on the screenshot or in the article about the Xiaomi Mijia Bedside Lamp 2.

Is it worth buying the Yeelight Smart LED Bulb 1S?

For all those who have been eagerly awaiting the integration of the Apple HomeKit for a long time, the purchase of the Yeelight 1S is definitely worthwhile. And I also think the lamp is really very good in other respects, in fact in almost all cases I am enthusiastic about the quality and usability of the Yeelight series. If you already own the previous model, the upgrade to the latest version is probably less worthwhile, unless you want more integration possibilities and less consumption or weight. Otherwise, I don’t think the functionality has changed to justify replacing the older model.