0 Kommentare April 3, 2021by Jens
Hey, guys! Just a heads up: The linked offer is already a bit older and the price of the gadget might have changed or it might not be available anymore.

The Chinese building block manufacturer Yeshin was previously unknown to us, but attracted attention with this orange sports car. The model is built in 1:8 scale and Yeshin probably took a little inspiration from a Ford GT. 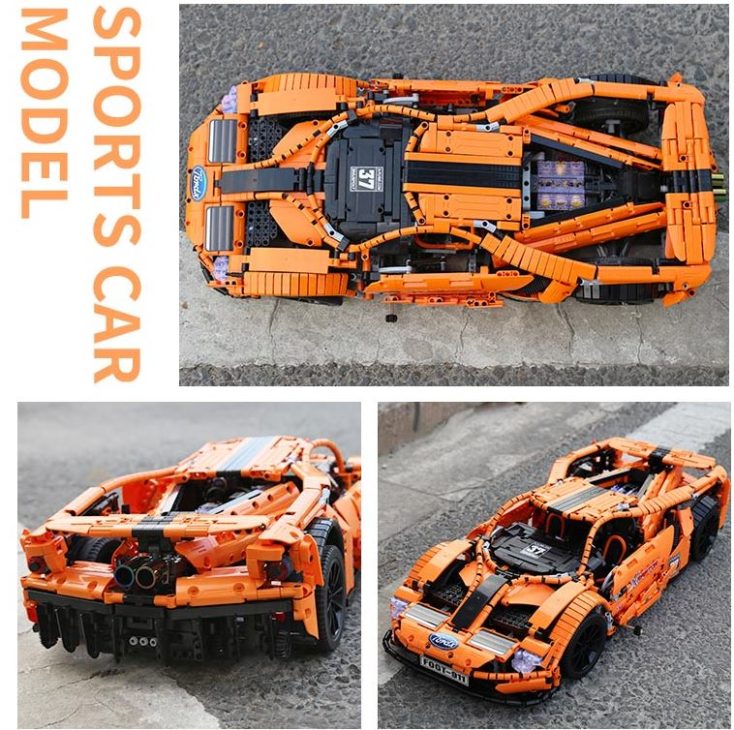 Over 3000 parts plus engine

The model of the orange Ford GT consists of a total of 3038 building blocks with the option for a motorized version of the sports car. The bricks do not come in an original box, but with printed instructions. Visually, the car seems more meant to be played with than to be put in a display case, and the many small parts on the exterior definitely give you plenty to look at. However, this also loses a little of the closeness to the original Ford GT. There are also some stickers that are supposed to make the model look sportier, though I don’t really like them. 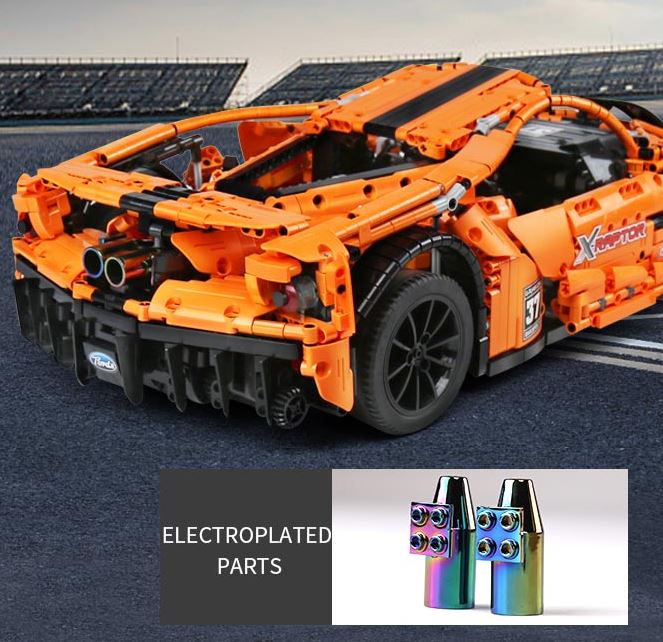 The range of functions of the car is great. There are gears under the doors and on the side of the rear that open the gullwing doors and adjust the height of the spoiler. With the steering wheel you can rotate the tires and the cylinders move in the engine block while driving – you already know all this, but it is part of every car model regardless of the manufacturer. 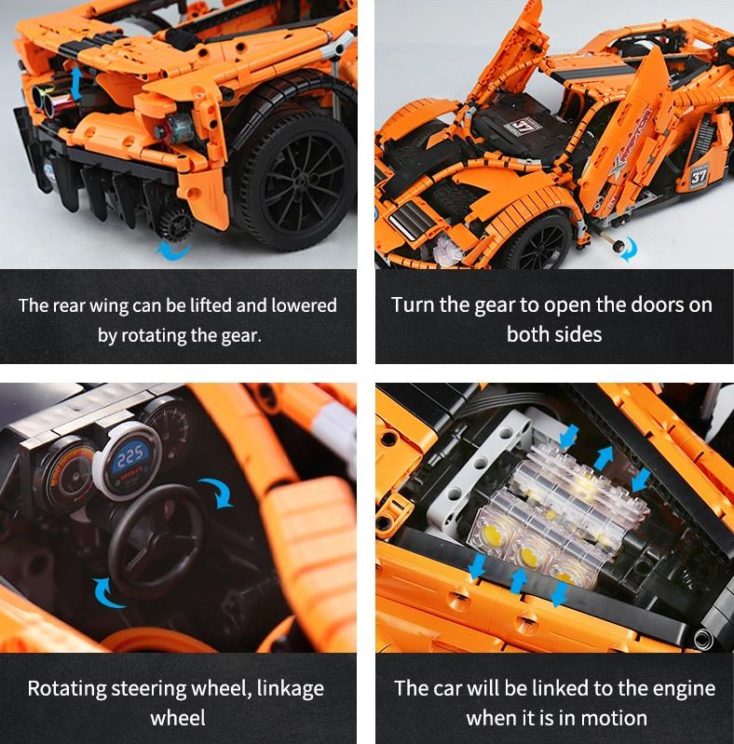 With 3038 parts, you definitely have a lot to build with and Yeshin recommends an age of at least 8 years. It’s a bit of a shame that although some product images make it look like there are also LED headlights like on the CaDA C61042W. In fact, none are included, but at the price with engine, you really can’t complain. 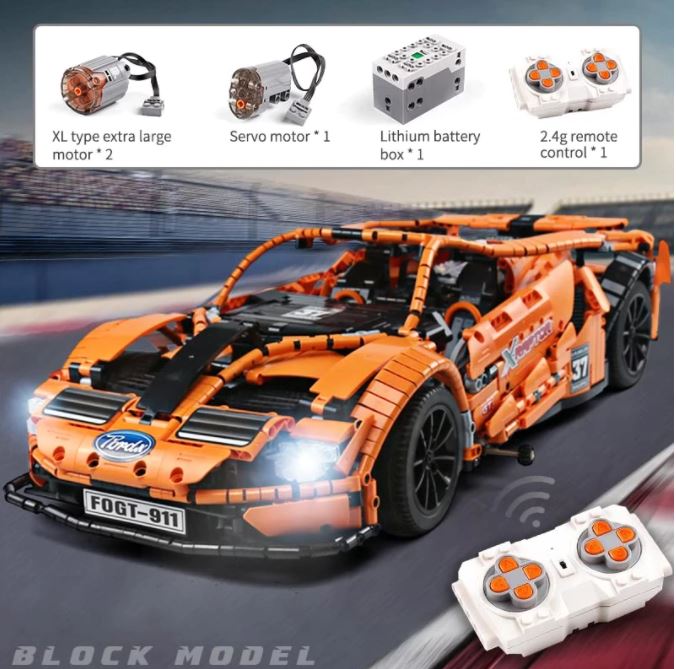 Of course, you can argue about the looks, the many open spots in the body don’t meet everyone’s taste. However, the price-performance ratio is unbeatable, for less than 100€/$118 you get a clamp building block car with engine and over 3000 parts for the construction of which one or the other afternoon is necessary.