0 Kommentare November 9, 2019by Tim
Hey, guys! Just a heads up: The linked offer is already a bit older and the price of the gadget might have changed or it might not be available anymore.

Another smart scale with app control from a Xiaomi subsidiary. Is the Yunmai Mini 2 so interesting that you should place it in the bathroom? 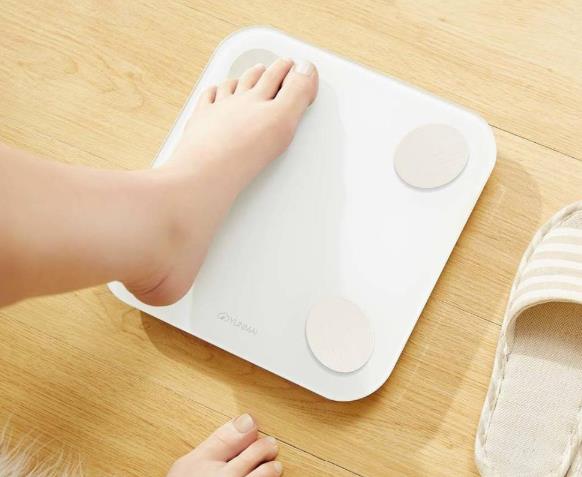 The scale records ten measured values, four less than the Anker eufy Smart Scale or Xiaomi Mi Scale 2 determine. The measurement is carried out using “bioelectrical impedance analysis”, which is the technical term for the determination of the body composition of humans and other living beings in measuring instruments. Here, alternating current is measured in relation to the resistance of the body.

The knowledge gained can be accessed using the well-known Xiaomi Home App (Android, iOS), the Mi Fit App (Android, iOS) and an app called YUNMAI (Android, iOS). Of course you only have to use one, in case of doubt this is a question of connectivity with other devices. For example, the Mi bands can be connected via Mi Fit and the results of Fitness Tracker and scale can be analyzed together. The scale is connected via Bluetooth 4.0.

Display only visible with weight

The scale is not powered by button cells as so often, but by three AA batteries, which are not included in the scope of delivery. Most of the time, however, such batteries are stored in the drawer. Optically the scale is very similar to previous models of Xiaomi partners. Especially cool is the 2.92 inch LED display, which is only visible when a user stands on the scale.

Fortunately, the Yunmai Mini 2 can be used by several people (logically, any scale can); the values are assigned to different users in the app. To improve the data analysis (yes, the user is evaluated) you have to enter some personal data in the app (age, gender, size).

My personal favorite is still the more expensive Anker eufy Smart Scale P1, although the Yunmai Mini 2 reads very interesting. What do you think of scales and smart scales in general?