11 Kommentare May 10, 2018by Thorben
Hey, guys! Just a heads up: The linked offer is already a bit older and the price of the gadget might have changed or it might not be available anymore.

The smartwatches that you get in the retail trade in this country are often relatively expensive, for the fact that they offer relatively little. A glance over to China is therefore definitely worthwhile. Especially the Zeblaze THOR Pro Smartwatch combines everything you can expect, including a large memory and mobile internet. 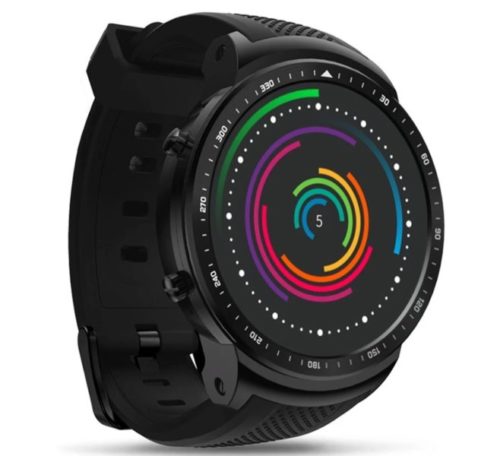 Zeblaze opts for the classic watch design, because they rely on a round “dial”. This consists of a 1.52-inch IPS touchscreen panel. It is protected by third generation gorilla glass. This is slightly larger than comparable smart watches like the Huami Amazfit Stratos. This, for example, has a diameter of only 1.34 inches. The THOR Pro offers a resolution of 320 x 320 pixels, which is definitely sufficient. The other design reminds me of the Stratos, but also of the ALLCALL W1, which is mainly due to the more masculine, thicker design, but also to the tachymeter. 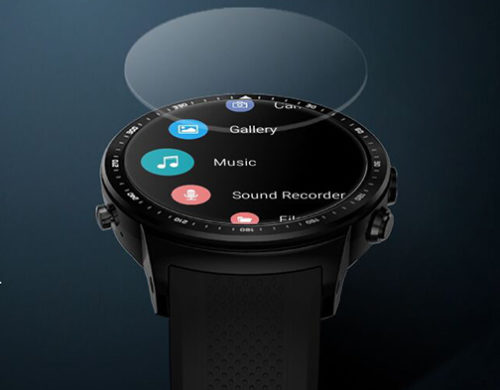 For me it doesn’t look as delicate as the Ticwatch 2, for example. The control buttons are next to the touch screen, on both sides of the watch. Two left, two right; we can’t say if the left buttons have the same functions as the right buttons. However, this would be practical in order to give both left and right-handers full freedom of decision. On the right side, however, we find a camera, more about that later on. The watch body measures 5 cm in length and 1.5 cm in thickness, whereby the entire watch is black. The case is made of stainless steel, the bracelet of silicone and in total it’s 25 cm long.

The good outer impression of the Zeblaze THOR Pro Smartwatch is confirmed when you take a look inside. The MediaTek MTK6580 Quad-Core works there with a clock frequency of 1.3 GHz. The same CPU also works in the ALLCALL W1, but there the clock frequency is specified as 1 GHz, but somewhat higher. In addition, there is even 1 GB of RAM, half as much as in ALLCALL but still more than in other smart watches. A special feature: the manufacturer is missing the THOR Pro’s 16 GB internal memory. That’s the level of a budget smartphone.

The battery is just as generous, 500 mAh is probably the largest numerical Smarwatch battery we have ever received. The standby time is given as two days, experience has shown that it is more likely to be one to one and a half days. Zeblaze is apparently very interested in superlatives, because you also choose a camera. Thanks to the small 2 megapixel resolution, however, this is more of a gimmick than a serious feature. 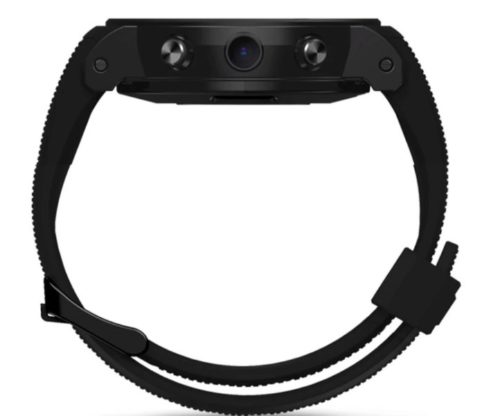 Smartwatch is not just Smartwatch. We learned this, for example, from Amazfit Bip, which we appreciate very much and which worked without an open operating system. This worked well for the Bip, but an open OS can also have advantages. Android 5.1 is used here; it remains to be seen to what extent the manufacturer has adapted the interface. This is the crux of a Smartwatch, the software plays a more important role than you might think.

But what functions does the watch promise us? The answer: several! In addition to fitness tracker functions such as pedometers or heart rate monitors, organizational items such as calendars or alarm clocks are also integrated. 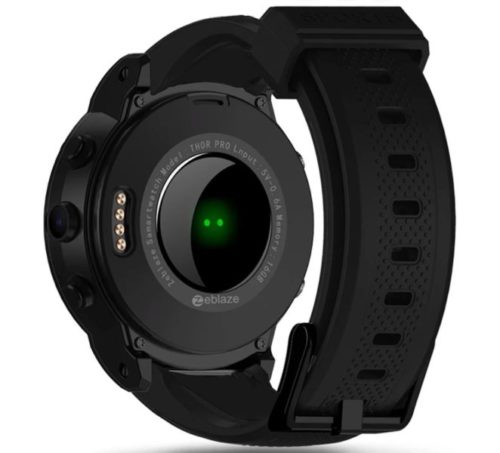 Since the Zeblaze THOR Pro Smartwatch has a WLAN module and even a SIM card slot. This supports WCDMA 850 / 2100Mhz 3G. Thanks to the integrated GPS module, the user can use a navigation app, for example, or make phone calls, just like surfing in the browser. Text messages are also no problem. This is in fact a real “smart” watch.

If you read the data sheet, the Zeblaze THOR Pro looks really good, because memory, mobile network, GPS and quad-core processor speak the right language. It is just as convincing in terms of design, as it simply comes across as simple and classic. As already mentioned, however, the biggest task lies in the software. Unfortunately there is no Wear OS installed, only Android 5.1. If this is not adapted, it will be difficult.

Would you be interested in a review by us or do you personally have experience with the Zeblaze THOR Pro?