2 Kommentare October 2, 2019by Jens
Hey, guys! Just a heads up: The linked offer is already a bit older and the price of the gadget might have changed or it might not be available anymore.

The capacity of 20,000 mAh will probably not be exceeded by Powerbanks for the time being. Instead Powerbanks are getting faster and faster. This model of ZMI is with 65 watts one of the strongest mobile batteries so far. 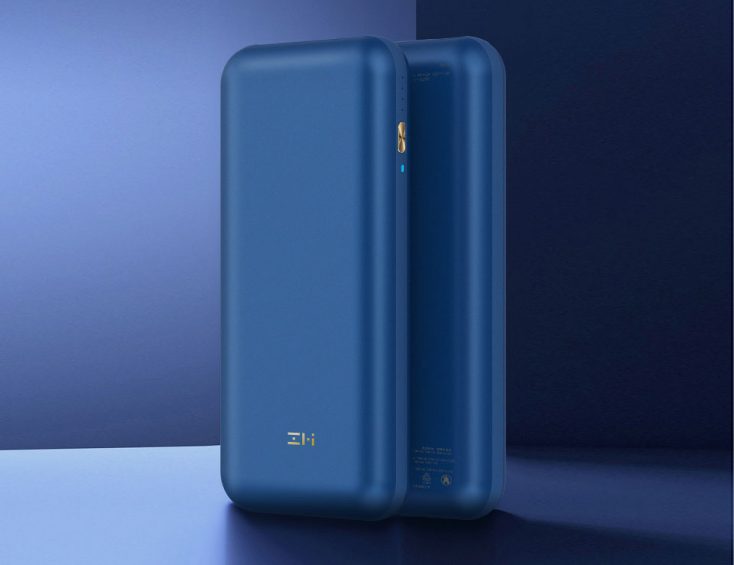 At 10-20,000 mAh, Powerbanks have reached a limit that hasn’t changed in a while. A simple reason for this is also the rules of most airlines, which prohibit larger batteries on flights. And Powerbanks are also popular because you can take them with you on holiday. In order to make improvements, the performance of the devices is constantly being improved. Xiaomi recently announced a 50W model, ZMI goes even further here.

Basically, more watts means faster charging – if the end device supports it. The Xiaomi Mi 9 Pro supports up to 40W, the Vivo NEX 3 the fastest smartphone so far 44W. So smartphones are not yet so far away that they benefit from 65 watts. Fortunately, we are far away from the times when mobile phones had to charge for three hours.

In addition to smartphones, you can also charge laptops with the Powerbank. Their batteries need more power than smartphones and cannot be charged with “ordinary” Powerbanks with 5V/2A or less. Important for this is the voltage, which gets higher and higher with newer Powerbanks. The ZMI model here charges with a maximum of 20V/3.25A. 20 Volt * 3.25 Ampere then results in 65 Watt – this is how this value is achieved.

It also remains to be seen how the price will develop. Powerbanks that deliver at least 18 watts of power and can also charge laptops are even available from Xiaomi for 30 to 40 dollars. Considering that especially smartphones usually don’t profit from the 65 watts at all, the ZMI should be rather uninteresting for the price for most.