2 Kommentare September 23, 2018by Thorben
Hey, guys! Just a heads up: The linked offer is already a bit older and the price of the gadget might have changed or it might not be available anymore.

The three letters ZMI may seem familiar to some of you. The company is a partner of Xiaomi and specializes in gadgets like Powerbanks. Now they are launching a new product: the ZMI Z1 travel assistant. A phone, a translator and a powerbank in one. 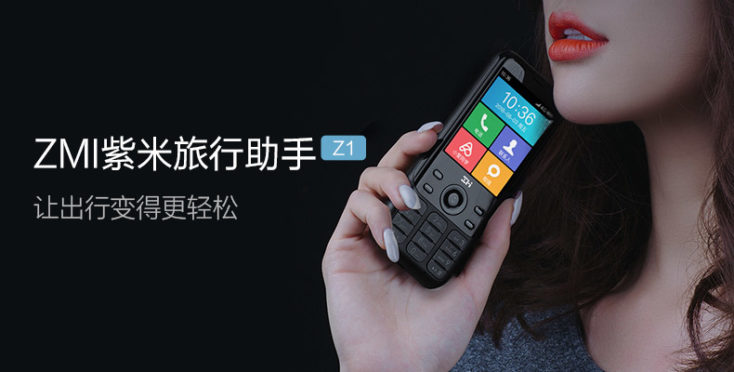 The ZMI Z1 travel assistant looks first and foremost like what it actually is: a mobile phone. And here we’re deliberately not talking about a smartphone, but about a mobile phone with a permanently integrated keypad. That’s why the Z1 quickly reminds us of the Nokias and Sony Ericssons of the pre-Smartphone era. 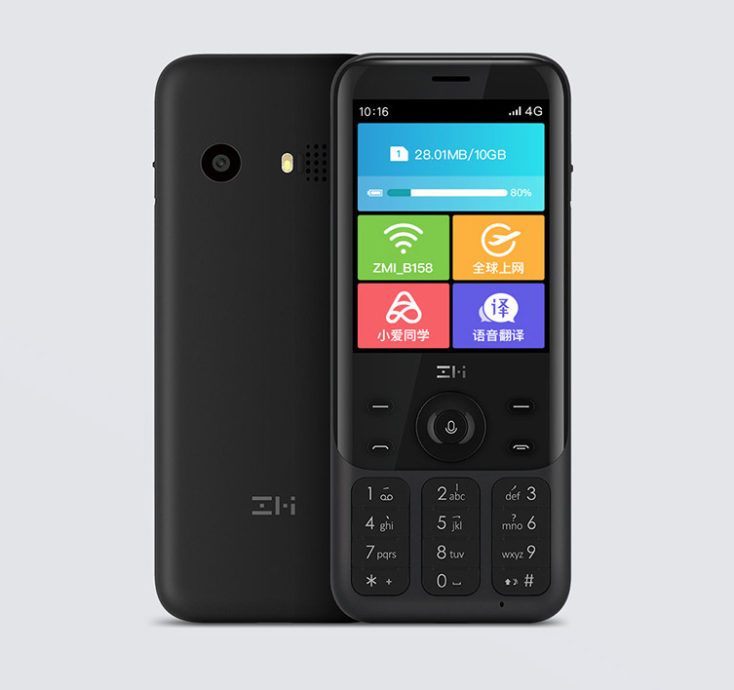 One striking difference: the display is larger. This is a 2.8 inch LC colour display. With a length of 133.5 mm in height and 14.5 mm it is smaller and thicker than today’s smartphones, but the difference isn’t that big. On the left side there is a Hybrid-SIM slot, which offers space for a Nano-SIM card and a microSD card/Nano-SIM card. The fact that this is a modern product can be recognized by the USB type C slot on the bottom. On the back we also find a 2 megapixel camera and a speaker.

Not so exciting is the hardware inside. Qualcomm’s MSM8905 processor is only designed to meet the minimum requirements and provide LTE support. In addition, there is 512 MB RAM and 4 GB internal memory. The latter, however, can be expanded by 32 GB via microSD card. The battery capacity measures 5,000 mAh and that doesn’t sound like that much by now, but if you consider how energy-saving the ZMI Z1 might be due to the “weak” components, it’s very decent. That’s why the Z1 also serves as a power bank. 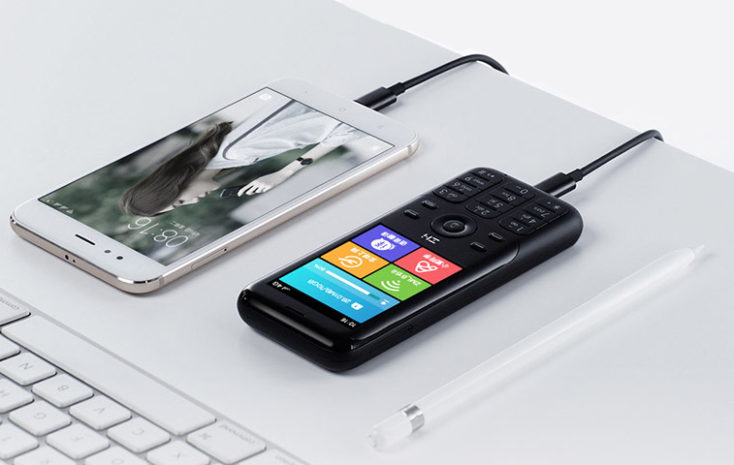 It also serves as a router or HotSpot. It can even be quickly activated with a button on the side. A total of eleven devices can connect to the HotSpot. The ZMI Z1 Travel Assistant supports the LTE bands 1/3/5/7/8/38/39/40/41. In total, the travel assistant should be able to provide mobile Internet in 56 countries. GPS is also integrated.

The challenge when travelling, especially to exotic countries, is the language. Xiaomi is well aware of that, so they implement an intelligent translator again. The capabilities of this AI translator should be comparable to those of the Xiaomi Moyu AI Translator, which we have already tested. There are 16 languages pre-installed. In our experience this is a superfluous feature, because even the Google Translator provides an equivalent or even better translation in most cases. Of course, this only applies if you have your smartphone with you.

More interesting in theory is the support of the Xiao AI language assistant by Xiaomi. But if it only understands Chinese again, at least we don’t get any real added value from it.

I think the idea of the ZMI Z1 is pretty cool, but only if you like to travel a lot. Especially in Asian and African countries you can get problems with the language and the internet faster. For a relatively small price you have at least one phone which will probably last several days. But I definitely don’t see it as a smartphone replacement, but as a smartphone add-on.

Currently, the Z1 is still in a crowdfunding phase and is therefore not yet regularly available in the China shops. Even if it can be bought there, the question remains whether the ZMI is also intended for the European and American market. This is by no means the case every gadget. If we know more, we will inform you about it here!

What do you think of the ZMI Z1? Would you find it useful or would a smartphone be enough?